What is Wrong with Secularism?

Secularism is one of the major topics dealt with by Metropolitan Paulos Mar Gregorios. He was never tired of explaining how harmful secularism is in a number of his books and in numerous research papers. Here I am making an attempt to introduce in a few words what Mar Gregorios was trying to tell us through these books and papers.
Enlightenment East and West, A Light Too Bright, and The Secular Ideology are the three major works that deal with this topic. About the first two books, he says in his autobiography: 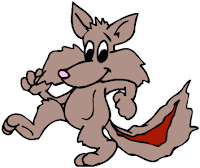 This reminds me of the old story of a fox becoming a king of animals. Once a fox fell in a bucket of white paint, and he looked very different. All the animals accepted him as their king and began to respect him and obey his orders. One day the fox instinctively howled when he heard a fox howling at a distance, and immediately the other animals realized his real identity and jumped on him. Today secularism is able to gain control of governments and institutions of educations because it doesn’t appear a religion outwardly. The truth is that it is a religion, and nothing more than a religion. Once people all over the world realize the true identity of secularism, it can’t retain its power. What we need is a secular world; not a world dominated by secularism.
References
For Further Reading
Posted by John Kunnathu

Mr. Kunnathu has done a great job of articulating the thoughts of Dr. Paulos Mar Gregorios. I remember Dr. Gregorios discussing these books with me and left his personal copies of those books for me. Mr. John Kunnathu has done justice to the essence of these books.
Joseph E. Thomas, Ph.D.

Here below is a quote that is most often understood as "secularism" in democratic societies. Google, "secularism" and you will see the one cited below:

"Most major religions accept the primacy of the rules of secular, democratic society but may still seek to influence political decisions or achieve specific privileges or influence through church-state agreements such as a concordat. Many Christians support a secular state, and may acknowledge that the conception has support in Biblical teachings, particularly Jesus' statement, "Then give to Caesar what is Caesar's, and to God what is God's." However, some Christian fundamentalists (notably in the United States) oppose secularism, often claiming that there is a "radical secularist" ideology being adopted in current days and see secularism as a threat to "Christian rights" and national security. The most significant forces of religious fundamentalism in the contemporary world are Fundamentalist Christianity and Fundamentalist Islam. At the same time, one significant stream of secularism has come from religious minorities who see governmental and political secularism as integral to preserving equal rights."

I fully agree with the concluding statement. In my humble opinion, secularism is not a religion. There are no "laws" or "edicts" of secularism which are enforced externally by secularists! In all religions, its tenets are interpreted and enforced by the "keepers of the faith".