The What and How of Reconciliation 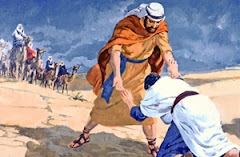 Let us imagine two people who were friends. Somehow they lost their friendship, and they got estranged and have become enemies to each other. Now, how can they reconcile, or become friends again? Let us try to answer this question with the help of a few stories.

Let us imagine Jacob and Esau. They are brothers. Jacob cheats Esau. Esau gets so angry that he wants to kill Jacob, and Jacob runs away. After 20 years, Jacob, feeling sorry for what he had done, returns to his brother, kneels down before him, and begs for forgiveness. Esau readily forgives him, and they embrace each other and get reconciled. Now they have a stronger bond with each other.

In short, reconciliation happens between two parties who are enemies when the one who does the mistake sincerely apologizes, and the other one forgives. Jacob apologized, and Esau forgave.

Enmity happens between two parties out of a misunderstanding too. Saul, the king, and David, the shepherd, were good friends. Eventually Saul grew suspicious of David, and as a result, he tried to kill David. In such a situation, reconciliation happens when the suspicion is cleared. David tried his best to convince Saul that he had no enmity at all toward Saul. When Saul realized it, their enmity was cleared. Then Saul apologized for suspecting David needlessly, and David readily forgave Saul.

Let us try to understand the story of Adam and Eve. They were friendly with God, the landlord. Slowly they grew suspicious of God, their landlord. Of course a snake’s influence was instrumental for this. They suspected that the landlord was not seeking their well-being, and that he was lying to them purposefully. This suspicion made them break their agreement with the landlord, and their friendship broke down. They had the option to apologize for their mistake, but they didn’t. They only justified themselves. So their enmity stayed, and there was no reconciliation.

Let us also see another great story of reconciliation-- between the prodigal son and his father. He got his share of wealth from his father, and left home. Eventually, he wasted everything. When he had no other way to survive he returns to his father, apologizes for his misdeed, and begs to accept him as a servant. The father forgives him right away, and accepts him as his own son.

With the help of these stories, let us try to understand our own relationship with God. We humans have become enemies to God. Why? Has God done anything wrong to us? Not at all. We have grown suspicious of God. We misunderstand God. We suspect that God does not love us, God does not care for us. We mistake the natural calamities to be the expression of God’s anger toward us. As a result, we treat God as our enemy. In spite of our enmity toward God, God does not feel enmity toward us. So how do we get reconciled to God? Here the enmity is a one-way enmity, and it is caused by our misunderstanding. Reconciliation happens when the misunderstanding is cleared. Our misunderstanding that God hates us needs to be cleared. Once we realize the truth that God really loves us, we apologize to God for the misunderstanding, and God forgives us.

That God loves us unconditionally was the good news that Jesus proclaimed. Once we realize that God loves unconditionally, we love God back, and we also love each other. Once all people in the world realize this simple truth that God has no enmity toward us, we will not have enmity toward God or toward one another. Thus our world which has become like hell can become like heaven.

Unfortunately, most of the Christian churches believe that God has enmity toward us, and so God needs to be reconciled to us. But our common sense and a careful reading of the Bible makes it clear to us that God, like the father of the prodigal son, does not need to repent or reconcile. We the human beings, like the prodigal son, are the ones who need to repent and reconcile to God. As soon as we realize that God loves us unconditionally, and we admit our mistake of misunderstanding God's love for us, we are forgiven right away.

Posted by John Kunnathu No comments:

The Capadocians’ Focus on the Oneness of God 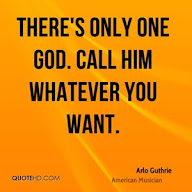 Christianity developed the understanding that God is trinity, which affirms the simultaneous multiplicity and unity of God. Both Judaism and Islam firmly assert the unity of God, and they both accuse Christianity for its belief in the multiplicity of God. Even within Christianity the concept of Trinity has not been understood clearly, and so a lot of confusion exists regarding its meaning and relevance.

Here this writer is making an attempt to clear the confusion to some extent. I was born and raised in the Orthodox church in India. However, I do not claim that mine is the official stand of the church regarding this topic. Here I am taking the stand of an independent observer and seeker.

Faith in God has naturally evolved in human race in their attempt to understand themselves and the world around. When they realized the limitation of their knowledge of the world, they assumed the presence of someone who knows everything about the world. This unknown one not only knows everything, but also is all-powerful. Each tribe developed their own specialized beliefs about this unknown one, and they transmitted their assumptions to the succeeding generations with their specific languages.

Is God really one? The truth is that we know nothing of God. No factual, objective knowledge of God is available, as God is not accessible to our senses. God, transcending the time-space limits of the world, cannot be limited in our thoughts. So whatever we positively say about God cannot be factually true of God. Here we are talking not about the real oneness of God, but about human beliefs regarding God’s oneness. For the humanity to stay united, it is important for all humanity to believe in God’s oneness. Thus Eloh/Yahweh of Judaism is the same as Allah of Islam. The God is the same, only the names are different.

The Hebrew civilization before Christ also developed such an understanding of the unknown one. Out of the river of the Hebrew civilization emerged two branches -- Judaism and Christianity, which flowed in slightly different ways. Christianity flowed together with another major river -- Hellenic civilization, incorporating its worldview. Thus while Judaism remained with its traditional Hebrew worldview of a flat earth with an invisible heaven above, Christianity adopted a Geocentric worldview. As their world grew larger and more sophisticated, their view of the unknown also became more sophisticated. We may see this shift reflected in the New Testament books. While the synoptic gospels and the Book of Revelation follow the traditional Hebrew worldview, John’s gospel shifts to the Geocentric view.

The Cappadocian fathers-- Basil, Gregory of Nazians, and Gregory of Nyssa-- realizing the danger of people developing mutually diverse views of the unknown one, presented an integrated view. They argued that there is only one God in spite of all the diversities in our views. Father, the tanscendent one, Christ, the incarnate one, and the Holy Spirit, the immanent one-- are together one God. In spite of all the multiplicity we see, God is really one-- that is what they asserted. Their focus was on the unity of God rather than on the multiplicity. For a people to stay united, the primary requirement is for them to have a single God rather than many.

Unfortunately, the Cappadocians were misunderstood. Trinity began to be interpreted with the opposite focus. Later some churches began to focus more on the multiplicity of God-- although God appears to be one, God is really three. No, this is not what the Cappadocians taught. Judaism and Islam have been blaming Christianity for this wrong focus.

If the Cappadocians were alive in our world today, they would teach us that there is only one God for the whole of humanity in spite of the multiplicity of the ways in which God is called and understood. The same unknown one is addressed in various ways -- God, Yahweh, Iswar, Bhagwan, Allah, Eloh, Christ ……

Posted by John Kunnathu No comments: