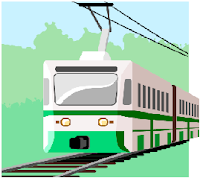 I heavily depend upon the work of Metropolitan Paulos Mar Gregorios, who excavated precious pearls of wisdom from the fourth century fathers.  His doctoral dissertation, later published as Cosmic Man, is an in-depth study of the thought of Gregory of Nyssa, a fourth century Christian philosopher. In the introduction he sates:
The theme of this book focuses on humanity’s two basic relationships—to the source and ground of its being on the one hand, and to the created world in which the humanity is placed on the other.  P. viii
Mar Gregorios asserts that it is fatal for humanity to ignore these two poles. Equally fatal are both an other-worldly mysticism, that ignores humanity’s existence in history, and a secular humanism, that ignores the ground and source of the cosmos.
Conclusion
Here I have made an attempt to present the worldview of Paulos Mar Gregorios and of Gregory of Nyssa as I understand it in a very simplified form. I have managed to avoid the technical/theological terms as much as possible to make it palatable for the ordinary readers. The purpose of writing this is to encourage others to join me in this study.

I have tried to present a picture of all that exists using the metaphor of a moving electric train. First I explained how the world is related to God. The world experiences this relationship in three different modes: the laws on which it exists (Logos), the energies that keep it alive and active (Spirit), and the Super Source of these two (the Father).   Then I explained how humankind is related to the world. Though it is a part of the world, it shares some characteristics of God. Humankind has the responsibility to stand as a link between God and world, and manage the smooth functioning of the world on behalf of God.
Posted by John Kunnathu