Who lied in the Garden of Eden? God or the Snake?

A Midrash on the story of Adam and Eve 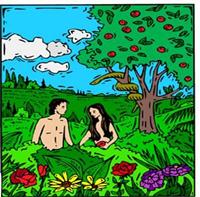 
It is a puzzling question indeed because an answer is not that easy.


Here is what God said: “From any tree of the garden you may eat freely; but from the tree of the knowledge of good and evil you shall not eat, for in the day that you eat from it you will surely die.”


Here is what the snake said: “You surely will not die!  For God knows that in the day you eat from it your eyes will be opened, and you will be like God, knowing good and evil.”


In order to verify who said the truth, all we may do is to check it with the facts. Compare what they said to what really happened after they ate the fruit. This is what happened: Then the eyes of both of them were opened, and they knew that they were naked.


It is crystal clear that it was God who lied, and it was the snake that said the truth. They did not die when they ate the fruit. Their eyes opened and they gained a certain knowledge about themselves. Obviously the snake was telling the truth. His prediction turned out to be true. Also the snake proved that God was a liar.


Whatever the snake said could be verified to be true. Using facts he successfully proved that God was a liar who did not care for Adam and Eve.


If the facts are so clear, how can we ever show that the snake was the real liar? We need to see the big picture and have a glimpse behind the scene. Instead of getting satisfied with a mere comparison of their prediction with the real events, we need to ask more questions to explore the context and the underlying motives.


Adam and Eve had a very joyful life in the Garden of Eden.   They had a very trusting relationship with God, the owner of the garden.  Everyday God would come there in the evening to visit them. In order to continue this life of joy, all they needed to do was to follow a very simple rule set by God—do not eat the fruit of a tree. The snake comes in with his “truth” about the tree and about God that the tree is really good for them and that God is not a well wisher for them.  They believed this “truth” and the result was disastrous. They lost their trusting relationship with the owner of the garden, and they lost their joyful life. They began to have a very hard life outside the garden. There was a very special tree called the tree of life in the garden, which provided eternal life. In the garden, Adam and Eve had the freedom to eat from this tree. But outside the garden, they lost access to this tree.


So what the snake communicated to Adam and Eve was a very harmful “truth”. It turned their life upside down. The snake approached them pretending to be their friend, but when they faced the consequences, the snake had no solution for them.


Even after all these explanations, the question remains—why did God lie to Adam and Eve about the tree? Why did God say they would die if they ate from it? Was God lying to scare them from eating its fruit like parents sometimes do?


Here is a quotation from Paul’s letter to Timothy:
If a widow has children or grandchildren, they are to learn first of all to do their duty to their own families and repay their debt to their parents, because this is what pleases God. But a woman who is really widowed and left on her own has set her hope on God and perseveres night and day in petitions and prayer. The one who thinks only of pleasure is already dead while she is still alive:  (I Tim 5: 4-6)


Here Paul talks about the state of being dead while alive. One may appear to be alive, but really dead.  We may want to consider this distinction when considering God’s statement to Adam and Eve.


In the Garden of Eden, by the term death God probably meant a metaphorical death, not a literal one. The fruit they ate was also a metaphorical one. That is why it is called the fruit of the knowledge of good and evil. The fruit represented a certain kind of knowledge, which if possessed will have disastrous consequences.

Hi, John! That's a good article. You're always well-informed and user-friendly. Thanks.

My wife (Becky/melonkali) and I are songwriters, and she has told this tale in a song called "Temptation" .

The VERSES are in a slow, rather sultry beat like the song "Fever" with a snare drum and bass carrying the music. The singer, maybe a Mel Torme or even Frank Sinatra type sings sparse and sensuous.

Then, the CHORUS slams in at double time with a Little Richard type singing like "Wullop Bop B'Doobop B'Dam-Bam-Boom! " (ala "Tutey Fruity").

We songwriters always hear our songs much more, uh... colorfully than the listeners can. :-)


1. Now, the fruit of the tree
Was pleasin' to the eye.
It sure looked good to eat.
"HOLD ON THERE, ADAM,"
Jehovah cried,
"Don't be so indiscreet!
For on the day that you eat it,
You surely gonna die!"
But the snake say that apple
Gonna open my eyes.
Well...

2. Well now, the Lord throwed a almighty hissy.
He done cursed the ground that I plough.
He say ever damn nickle that I'll ever see
Gonna come from the sweat o' my brow.
Then he sent for the local Cherub
To escort me from his land,
But at least I went outta there a-walkin'
With a apple in my hand.
'Cause...

3. Ye know, Eve kept on a-eatin' them apples
'Til she was 40 cubits round!
Cain clobbered Able,
Seth's a-mopin' at the table
'Cause they ain't no womens t' be found.

My landlord, Lucifer Beelzebub,
Takes the better part of everything and more.
And all I got to show
For my whole damn life,
'Cept a mopey-headed son
And a roley-poley wife,
Is a orchard full o' apple cores.
'Cause...

Hope this brings a smile or two.

I read "Who lied in the Garden of Eden? God or the Snake?". Genesis has always intrigued me and I have been grappling with this very question. God seems to have lied. But I did not think in terms of 'Death in Life' and 'Life in death'. It seems to explain my confusion partly.

Most people think that Adam and Eve were thrown out of the Garden of Eden for disobeying. But Genesis 3 clearly says " 22 And the Lord God said, “The man has now become like one of us, knowing good and evil. He must not be allowed to reach out his hand and take also from the Tree of Life and eat, and live forever.” 23 So the Lord God banished him from the Garden of Eden to work the ground from which he had been taken"

Note: Not for disobedience(simplistic reason), but to prevent eating from the 'Tree of Life'

And He also installs a fearsome Cherubim with flashing sword to guard the Tree of Life.

This style of factual narrative does not tie or add up with any metaphorical narrative, such as Paul's letter to Timothy, as quoted in your article. I therefore find it very difficult to reconcile with the explanations that theologians present. I have a gut feeling that there is something more to it that we are missing.

Death should have been that day. However God immediately instituted the patriarchal sacrificial system, and showed Adam and Eve how to perform animal sacrifice pointing to the Messiah. Thats where the animal skins came from.

And if god knows all about the future and past, why set up Adam and Eve with a test he already knew they would fail?

Tom King, So what is your suggestion? Like to hear your perspective.